EsTeLA’s is a tortilleria smokehouse, where smoked meat is incorporated into Mexican dishes, wrapped in hand-made tortillas. The restaurant is owned by a young Mexican-American woman named Estela, who grew up watching her father smoke food for family barbecues, and then went to culinary school and worked under a professional tortilleria in Mexico. The deliverables of the project include the creation of a logo, the identity toolkit, stationary, a promotional pamphlet, and extras, such as a hot sauce bottle design and a table setting. The image making includes patterns of ingredients found in the food as well as tools used to prepare the smoked meat. Each element is colorful and bright, with a charred feel that comes from the use of black and a vector wood texture. 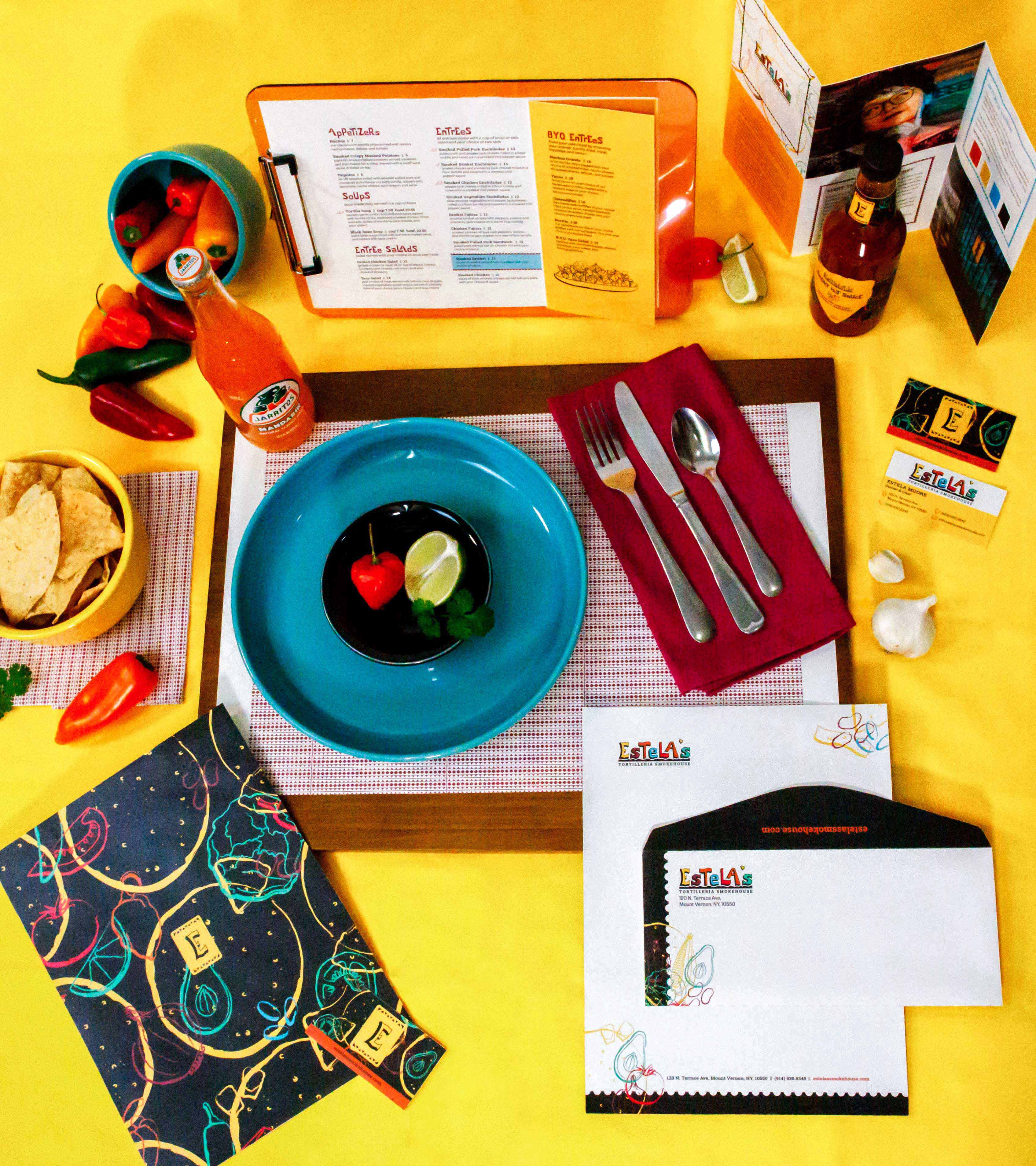 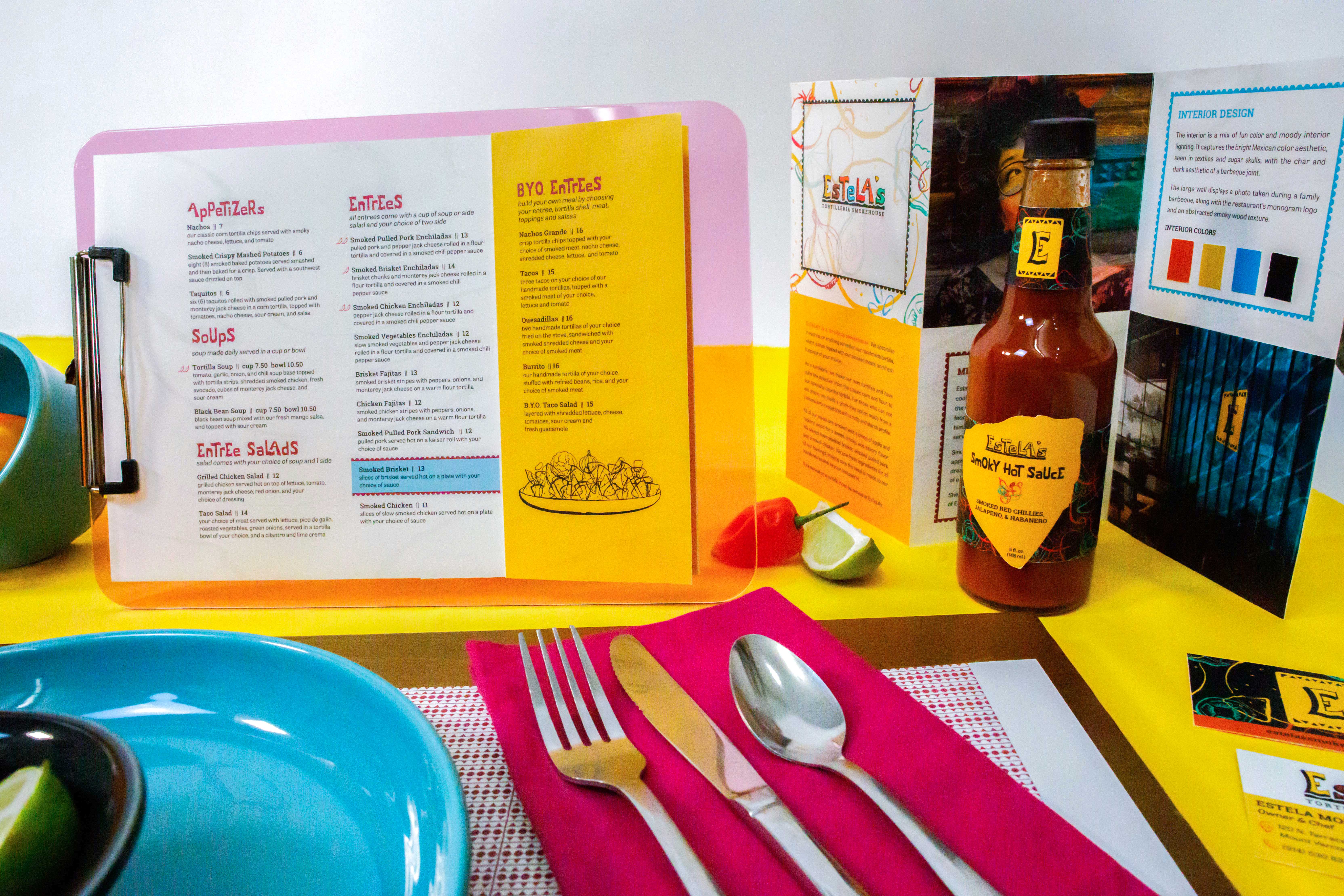 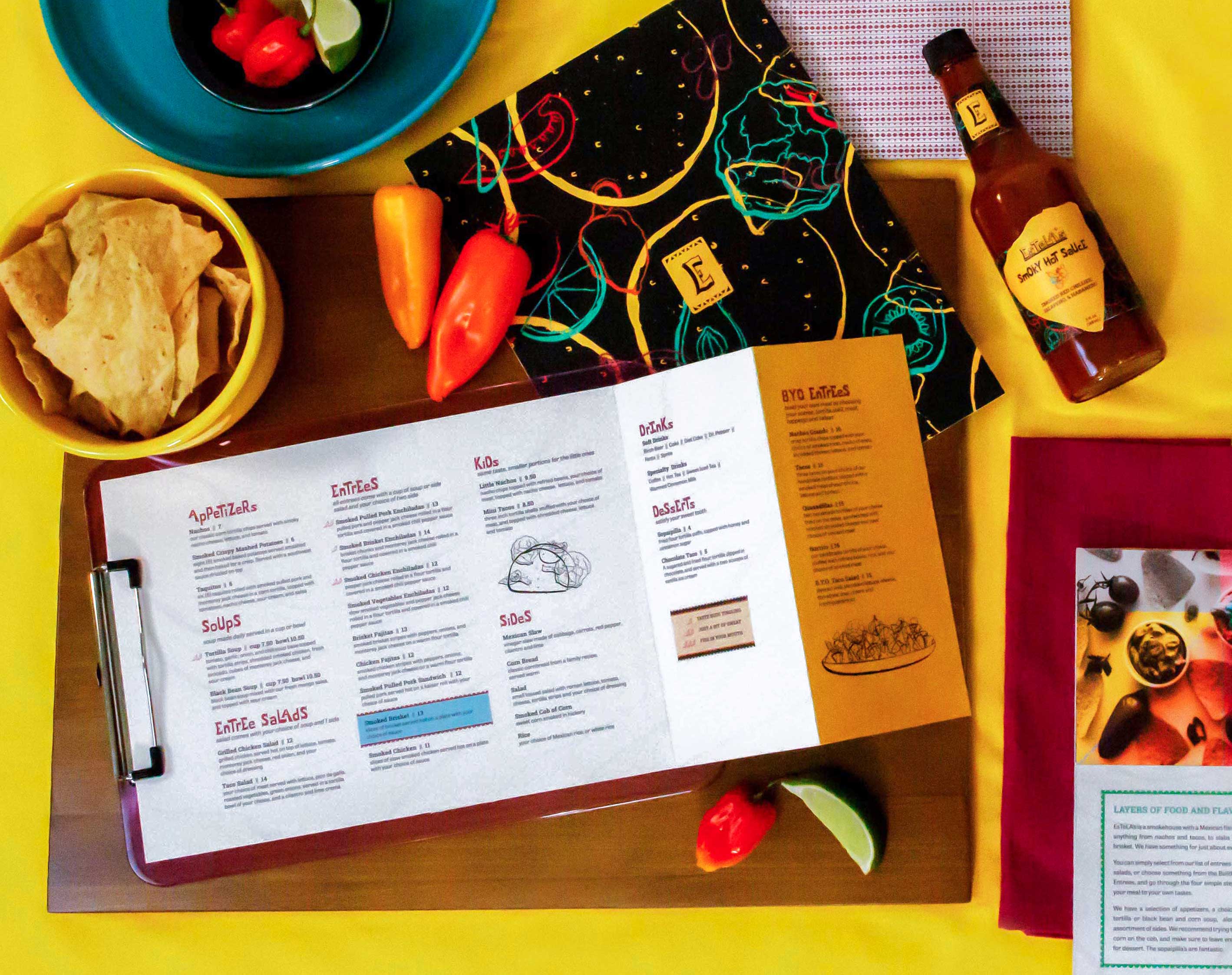 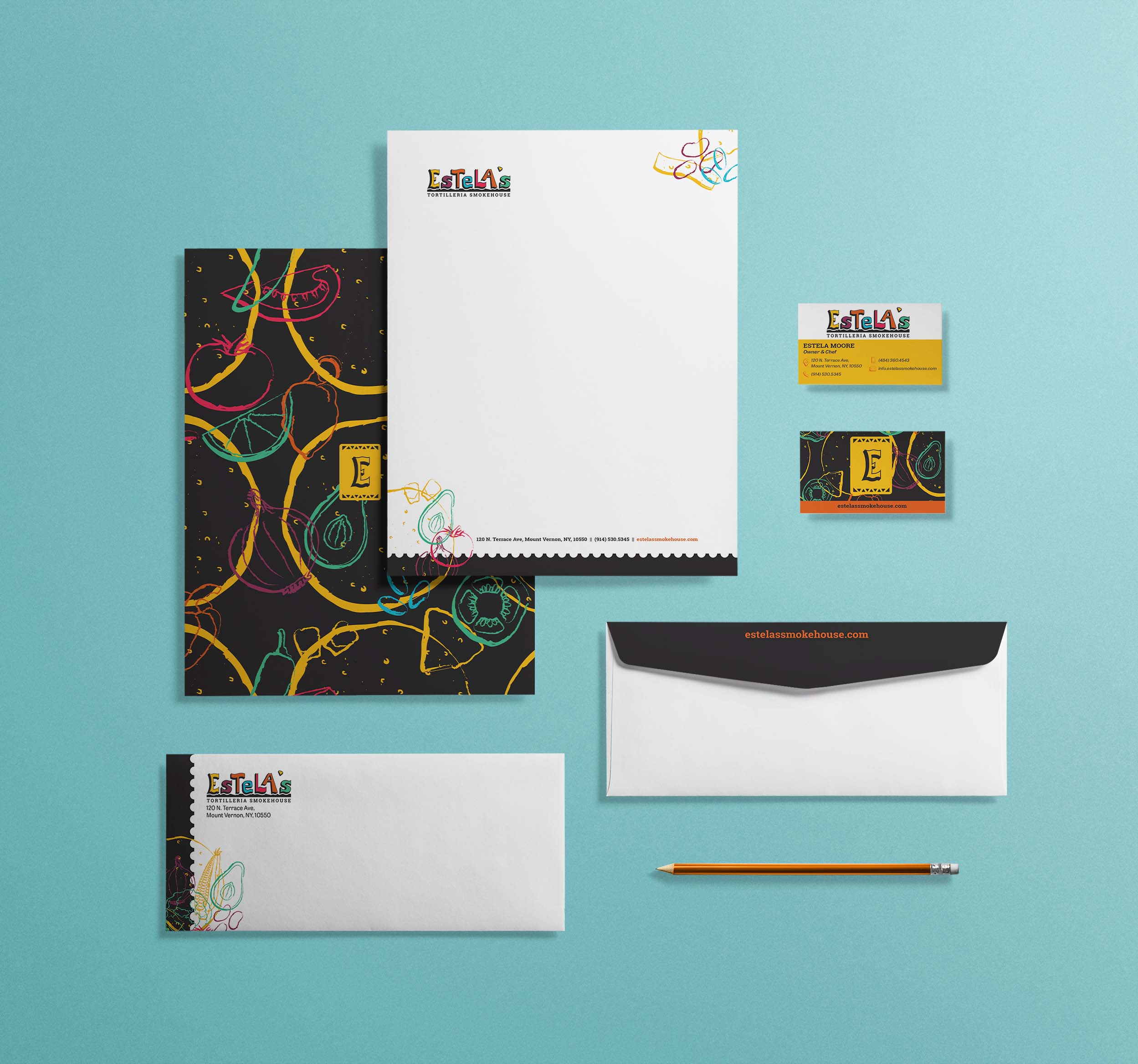 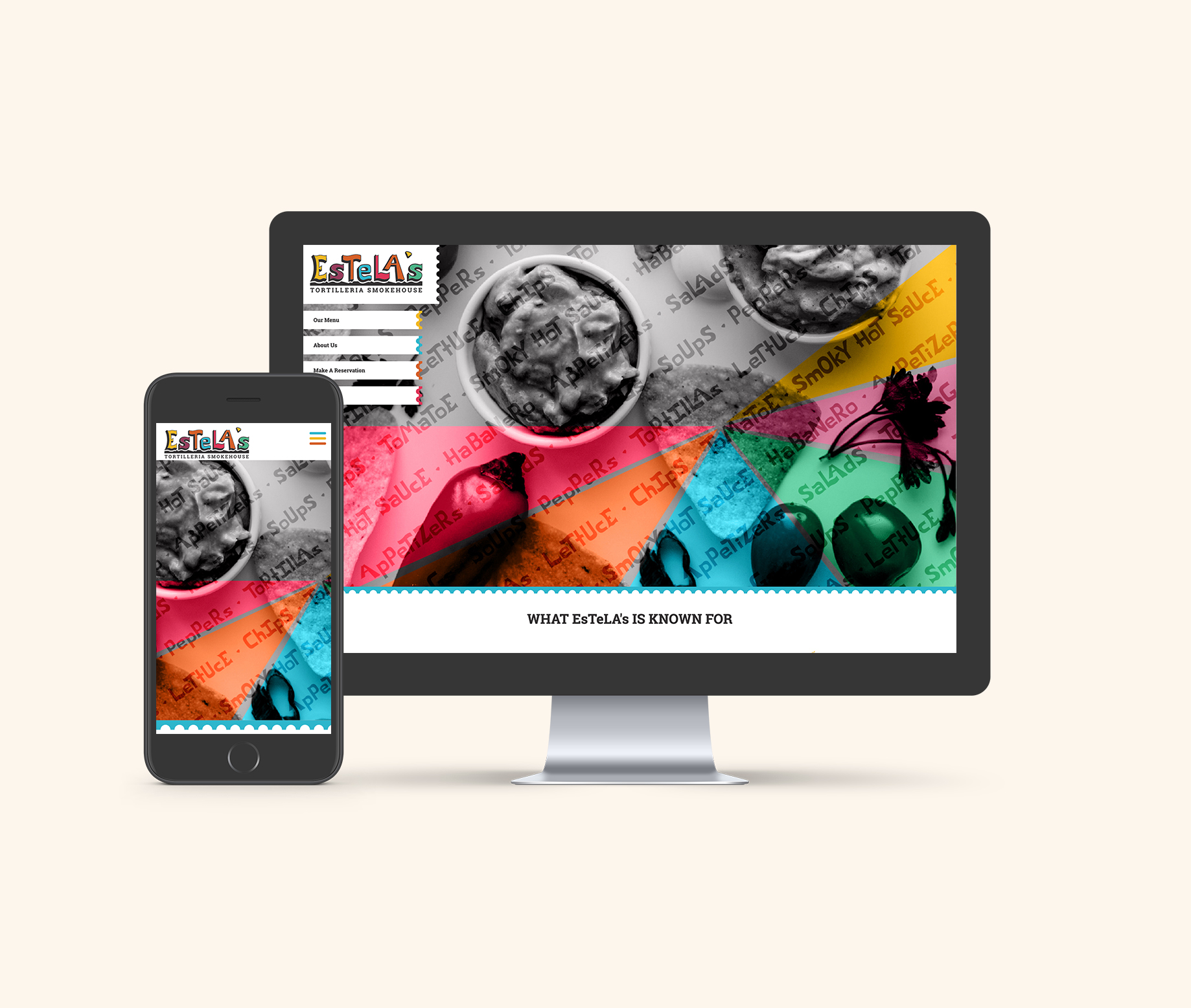